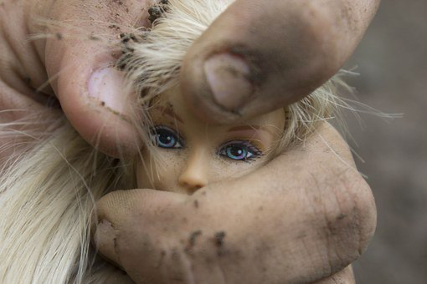 In the wise words of Simone De Beauvoir; “Man is defined as a human being and a woman as a female — whenever she behaves as a human being she is said to imitate the male.” Being the forerunner that she was, this icon of feminism mentions, in this quote, without spelling it out, the reality of our modern society; Patriarchal, phallocentric, misogynistic, and fundamentally cruel towards any woman who would behave «differently». But what does it mean to be a woman/man? Beauvoir mentions the fact that «One is not born, but rather becomes a woman». Is gender not defined by what lays between one’s legs? According to many neurological studies, which have shown men thinking as women should, and vice versa, gender would be the final step to a long journey, that begins at the very root of our cultures; A set of rules that dominate genders, and, most specifically, women.
In light of this article, we will demonstrate how stricter these rules are for girls than they are for boys, by pointing out the most violent and brutal ones.

As Pierre Bourdieu brilliantly explains in «Masculine domination», symbolic violence is at the core of gender roles and the oppression on women. How does the female population, which surpasses the male one, obey to such outdated and not-to-their-advantage rules? Most people would argue that male power comes from their physical superiority. Henceforth, it is so deeply rooted because of its antiquity. Nevertheless, men draw their domination from women themselves, as they have integrated these rules as norms and think of them as essential for a peaceful living. This phenomenon is called «Internalized misogyny».
To summarize this complex psychological occurrence, we will simply say that it consists in women being so conditioned by their education, the media and, of course, male dominance, that they think they can only gain value by belittling their own gender. Now picture this: Since birth, mothers teach their little girls to wear «humble» clothing when their  uncles would visit (yes, a 10 year old girl, catching the eye of a 40 year old man is the child’s fault), and to view men as cold, distant, and strong whilst women are more sensitive, in touch with their feelings and, basically, inferior. Since the only form of respect most people learn as children is fear («don’t say this to your father, he will give you a beating»), it is only logical that the general public might not «respect» women as it does men. Moreover, a girl growing up listening to the first female figures in her life talking about how that disgusting Zeineb shamefully got an abortion, or how that poor fat Khadija got divorced because she couldn’t keep her man from leaving her, would grow up to normalize trash-talking women and victim-shaming them. Being indirectly obligated to take «You’re not like other girls» as a compliment, stating that «I’m friends with guys because girls are too much drama» as a way to valorize themselves, laughing at rape and body shaming jokes in their favorite TV shows, are all ways for women to achieve the male standards of normality, to avoid being categorized as bitchy and complicated, and, to, at last, «stand out», at the expense of their sisters and their fight for equality and acceptance. This phenomenon is the perfect example for how violent these rules are for girls, as they made them achieve the ultimate Stockholm syndrome stage, and now partake in the violence that is practiced on them.

Sex and sexuality: Are women marginalized in the bedroom ?

Now that we have discussed how women are submissive, not by nature, but by societal wonder, let’s dive deeper into these rules we keep rambling about. We shall begin with what would make any white straight cisgender male uncomfortable, when spoken about by a woman; Sex and sexuality.  And, while it is not groundbreaking to state that women have stricter rules dictating their bodies (the ideal female body being a white, curvy, luscious and male-pleasing one), we insist on talking about how different women’s sexual lives are from men’s. Starting at the very heteronormative idea of virginity; Provided that most people think of virginity as a physical trait, attaching it to the oh-so precious hymen, it would astound any middle age man to learn that some women are born without hymens and that some lose it during everyday activities, like dancing, gymnastics, or a quite unfortunate fall. Baring that in mind, virginity is a simple societal construct, used to control women, in every aspect of their lives, even the warm comfort of their bedrooms. Sex is viewed two different ways: Painful, scarring, terrifying,  and risky or pleasurable, best feeling in the world and glorifying. You probably guessed that the first one is the female’s standpoint; Girls are taught to fear their upcoming sexual lives, as it correlates, in their minds, with social rejection, pregnancies, shame, and dishonor to their bodies. It is quite obvious that society created that myth, given that every female body is equipped with pleasure organs, even more powerful than the male’s. And yet, 95% of men report orgasms in heterosexual relationships, compared to over 40% for women. Circling back to internalized misogyny, some girls claim that they are physically unable to achieve orgasm, completely giving up on their sexual health, and admitting superiority to men, whom declare the beginning of intercourse (Erection) and its end (Ejaculation), as the whole exchange surrounds them, and not their partners (which is a pretty accurate metaphor for the world; all about men). Consequently, many questions are raised about homosexual coitus; Is sex between women even possible? This question is quite representative of the male idea of intercourse, as it does not include women pleasing themselves without penetration. Homosexual sex is only accepted by straight men when performed for them; Indeed, gay women are more accepted than gay men, as they represent a male fantasy; Showing how women gain value for society as sexual objects, and yet, are shamed for enjoying being sexual objects. Achieving orgasm is known as one of the most satisfying feeling known to humankind, so if Society wasn’t as violent as it is on women and their bodies, would they really give it up that easily? 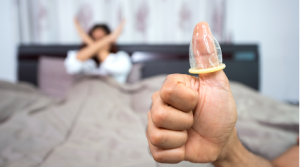 Work and professional life: Are labor and femininity polar opposites?

Jumping from the bedroom to the classroom, we shall go on to talk about women in their professional and educational lives. As an illustration, let us assemble a poetic verse, summarizing our point: Dolls for women, trucks for men, beautiful female receptionist, successful male engineer. This poem was purposely rhyme-less, as a way to show the absurdity of our society when it comes to women in the work environment. When we think about complimenting women, we automatically think about their physical aspect, as it is depicted to be their one and only value as human beings. At most, they would be viewed positively when attached to a man; Jeff Bezos’ wife being the prime example of that miserable fact. Many (now debunked) theories showed that women’s brains are much smaller than men’s, forbidding them from ever achieving the intellectual prowess and physical wonder than men represent. Now picture saying that to Marie Curie, Rosalind Franklin, George Sand, Alexandria Ocasio-Cortez, Michelle Obama or Judith Resnik; You would automatically be put in your place, in a very justified manner. Most work environments were created to be hostile to females; Rough, badly lit, dirty, filled with atrocious and disgusting men who would make a pass at the new intern «just for fun», unaware of the trauma caused by sexual harassment. That didn’t stop the female population from pursuing their dreams. The best example of the failed attempt to make women obedient and soft housewives is the factory issue from World War II; Most of the men being dispatched to «protect their country», the factories were left deserted, crawling under rot and lack of funds. You can guess who swerved in and saved the economy that nourishes us today: Those same soft housewives. Working long shifts in despicable conditions, for a very small revenue, and then, going home to take care of children, laundry, food, and other chores, does seem more valuable than taking a bullet and calling it a day. But as soon as the war was over, men came back to claim their power, and tame their revolutionized wives, to any avail. The sexual revolution still happened, baffling men as to how women can be strong, have voices, unite, and claim their rights, with their tiny pea brains. Nevertheless, the fight is far from over, as women are still pushed towards «feminine» jobs, and men towards the best paying jobs.

Lastly, we would like to nuance our exposé, and mention an issue that feminists do, also, fight to abolish: Toxic masculinity. Now, we will not say that not being able to cry or show any emotion without being categorized a «soft boy» is comparable to getting excised or stoned to death for wearing a knee-length dress, but it still is a pretty big issue. Furthermore, solving this issue would participate in the liberation of women; Sensitive being a characteristic attached to said women, it is only fair that men being sensitive are described as weak, and immature, as society tends to despise feminine traits in men.  In the same line of thought, and as we have mentioned a bit more above, men are not equal to women in terms of sexuality; Bisexual/pansexual women are, indeed, strongly slut-shamed, but still slut-shamed as a bisexual/pansexual women, therefore, making their sexuality valid. On the other side of the spectrum, men who share that same sexuality would be viewed as closeted gay men. This is due to the fact that «indecisiveness» (which is not even close to describing bisexuality/pansexuality) is reserved to women: Men are only allowed to be strong in their decisions, and to «stick to a plan». Moreover, the queer male LGBTQIA+ community suffers way deadlier fates than the female one, as men feel threatened in their masculinities by their very existence. Then again, these are rules applied to queer men, so it might not count as the general state of society when it comes to men in general. They might still have the upper hand, but power is a double-edge sword, as it has hit them in the very core of their existence, condemning them to a life without true, pure, selfless connections, and the ability to show weaknesses, emotions, darker sides of personalities, without losing the respect of others. 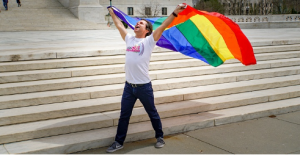 To conclude our work, we would like to, once again, quote the unique Simone De Beauvoir “I am too intelligent, too demanding, and too resourceful for anyone to be able to take charge of me entirely. No one knows me or loves me completely. I have only myself”. To an extent, that sentence is painfully true. Women only have themselves, as society in its entirety has turned its back on them. Forthwith, the only solution is to break the rules, and make their (our) own; Showing this male-centered society that it is, indeed, tolerable to live a life of equality.